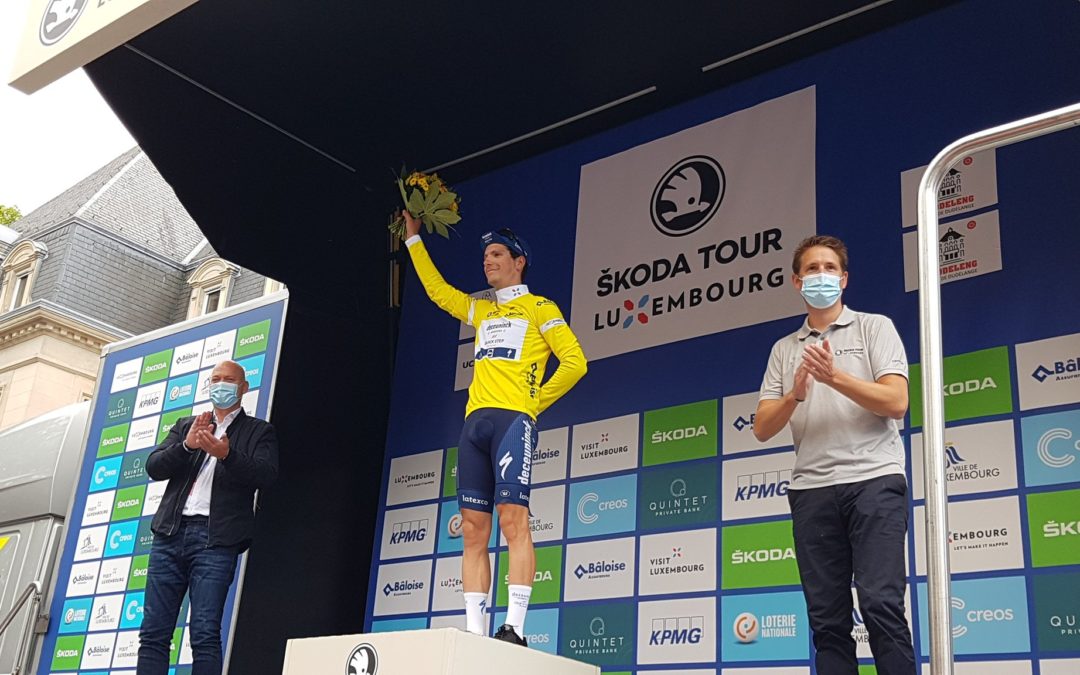 Having won the Tour de Pologne in August, which was his first victory in a stage race, the Portuguese João Almeida did it again at the Skoda Tour de Luxembourg. Winner of the first stage around Luxembourg City, the Deceuninck Quick Step rider had to relinquish his leader’s jersey to Swiss Marc Hirschi the next day. But that was without counting on the 25 km time trial at Dudelange. Admittedly, Almeida (2nd) let the stage victory slip away by two seconds, but the essential result lay elsewhere: he was again the leader of the race. David Gaudu’s victory on the last day has no impact ultimately on the results. Almeida took the overall victory in Luxembourg, which was the sixth success of his season… and of his career.

Christophe Laporte is in good shape. After his success during the first stage of the Tour du Limousin, the rider from Cofidis added the 21st victory to his palmarès by winning in the heart of the citadel of Namur: “The team did a great job, we were always represented at the front, and we managed the race as well as possible.” Riders from France in fact posted a double success on Belgian soil with the second place going to Warren Barguil.

Eschborn-Frankfurt: Philipsen on the move

Winner of two stages in the recent Vuelta a Espana (which he abandoned after ten days), Jasper Philipsen is in good form at the end of the season. Two days after his victory over the Kampioenschap van Vlaanderen, the Belgian hung the German classic Eschborn-Frankfurt on his hunting board. And the 23-year-old Belgian talent even had the luxury of beating out two well-rounded sprinters, John Degenkolb and Alexander Kristoff.

Elia Viviani loves the Coupe de France. After winning the GP Fourmies, the Italian from Cofidis once again raised his arms in victory at the Grand Prix d’Isbergues, another great event in northern France. The former Olympic track champion now has a whopping 85 wins in his career, but above all he takes the lead in the provisional classification of the Coupe de France. The end of the season promises to be exciting in France.