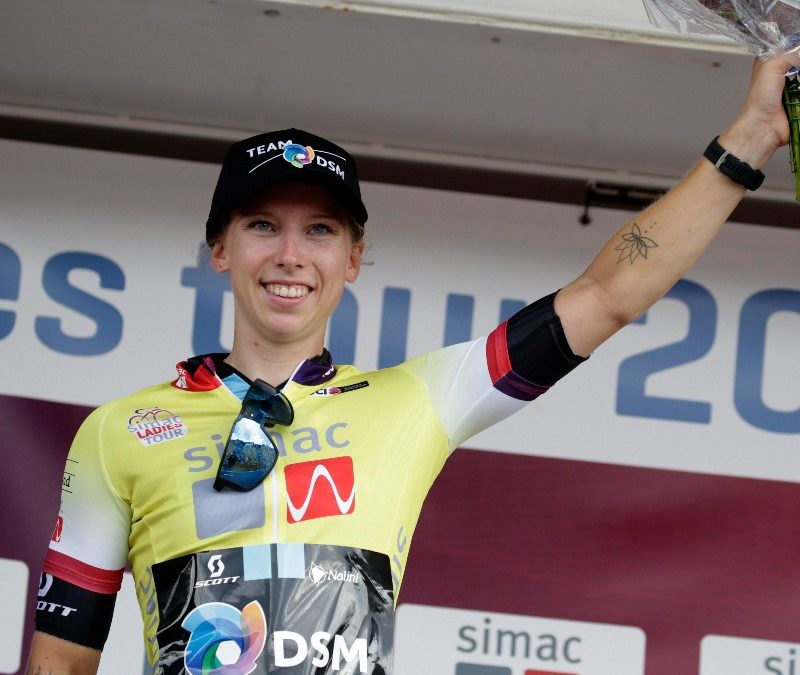 Winner of the first two stages, the 2022 European champion dominated the Simac Ladies Tour. The 23-year-old Dutchwoman then managed the end of the race perfectly by finishing second on the 3rd and 4th stages, and then 5th and 3rd on the last two: “I am really proud to take the victory in the general classification after all the incredible work that the girls did this week,” declared the winner.

She won by 10 seconds over the double champion of France Audrey Cordon-Ragot (Trek-Segafredo), winner of the penultimate stage on Saturday.

Often attacked, sometimes distanced, Remco Evenepoel still clings ferociously to his red leader’s jersey. The 14th and 15th stages saw the Belgian champion waver and his rivals took the opportunity to snatch up precious seconds. After successive finishes at the top of the Sierra de la Pandera on Saturday, then the Sierra Nevada on Sunday, Evenepoel had his lead cut to 1’34 over Roglic, three-time winner of the event, and 2’01 over Mas (against 2’41 and 3’03 respectively on Friday evening). However, the Quick-Step Alpha Vinyl Team rider hopes to be able to contain the onslaught of his opponents during the coming last week of racing, notably with a less mountainous profile: “I felt better today (Sunday). It’s the first time I’ve raced at such a high altitude, so I think I passed this test quite well,” commented the young Belgian. “In the last kilometers, Primoz Roglic attacked me; it was to be expected. I lost almost no time today, I’m happy about that. It was not easy to manage. I am happy that tomorrow (Monday) is a rest day.”

After Paris-Bourges in 2018 and Polynormande in 2021, Valentin Madouas (Groupama-FDJ) won the 37th edition of the Tour du Doubs on Sunday, which was the fourteenth round of the Coupe de France. At the end of 204 kilometers, the 26-year-old rider from Brest,who took second in the 16th stage of the Tour de France this year, took the victory in a sprint in Pontarlier out of a group of 15 riders. He was ahead of Mathieu Burgaudeau (TotalEnergies) and Matis Level (Team Arkéa Samsic) in the sprint.