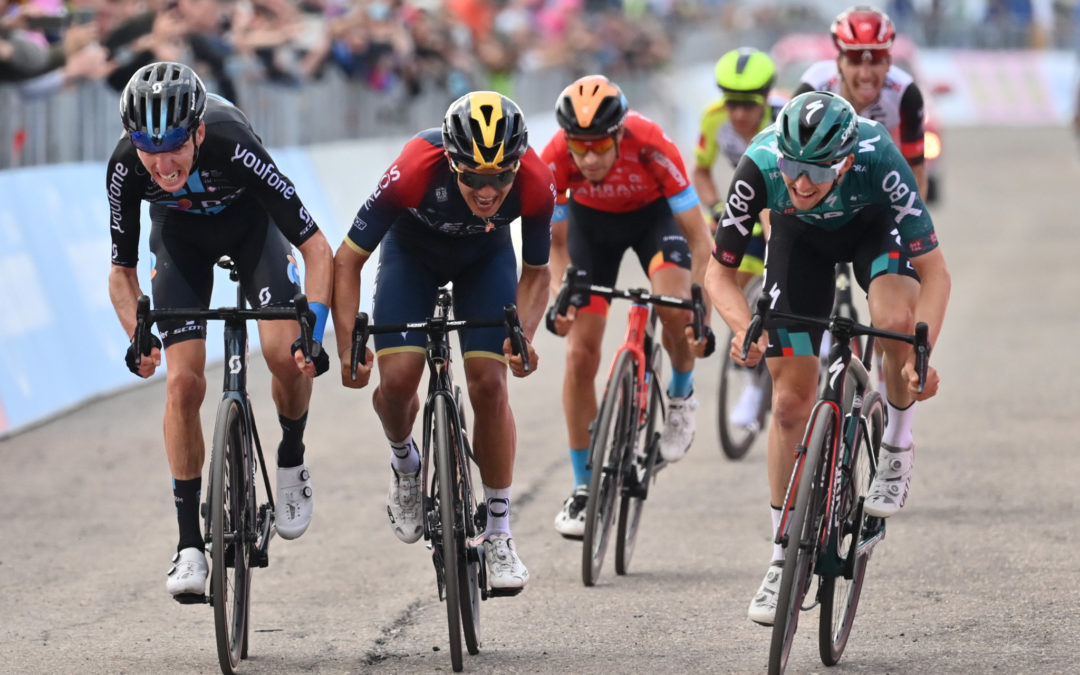 Even though Jai Hindley (Bora-Hansgrohe) won Sunday’s 9th stage of the Giro, the Spaniard Juan Pedro Lopez (Trek-Segafredo) still succeeded in retaining the pink jersey as the leader of the race. Eight riders are within thirty seconds of each other helping the Italian event remain full of suspense after the first week. Aged 24, Lopez took advantage of his second place in the fourth stage at the top of Etna to ensconce himself at the top of the general classification, and he does not seem in a hurry to give up his property: “The team’s plan has not changed: we have a leader for the general classification to protect, and that is Giulio Ciccone (Trek-Segafredo), and at the same time we will try to keep the jersey as long as possible,” he explained at the end of last week.

Julien Simon (Team TotalEnergies) won the Grand Prix du Morbihan on Saturday for the third time in his career. The 36-year-old rider had already won in 2012 and 2014. Although he has now become the most successful cyclist ever in this event, Julien Simon nevertheless had gone more than three years without winning a race: “It feels good. Since I arrived at TotalEnergies, I have not necessarily been successful. I felt my form had been coming back since the Four Days of Dunkirk (May 3 to 8, 8th). I felt good in the final; I sensed a moment of hesitation as the finish approached. It’s great to win in front of my family, I’m really very happy,” said the native of Rennes.

Hugo Hofstetter (Arkéa-Samsic) won the 38th edition of the Tro Bro Léon on Sunday. The Frenchman hadn’t raised his arms in victory for two years since his success at Le Samyn. “It’s so good! I knew I was capable of it. You know, I really wasn’t thinking about that. If I was 60th in all the races, people would ask me why I’m not working. But really, I’m on the podium every weekend, and people ask me why I don’t win. So here it is, now it’s done, I’m really happy for the team especially. I was sure of my strength; I knew it was only a matter of time. Sometimes there are things that just happen or not, it’s that simple.”