Ventoux, Tour de Suisse, Occitanie and Belgium in the program 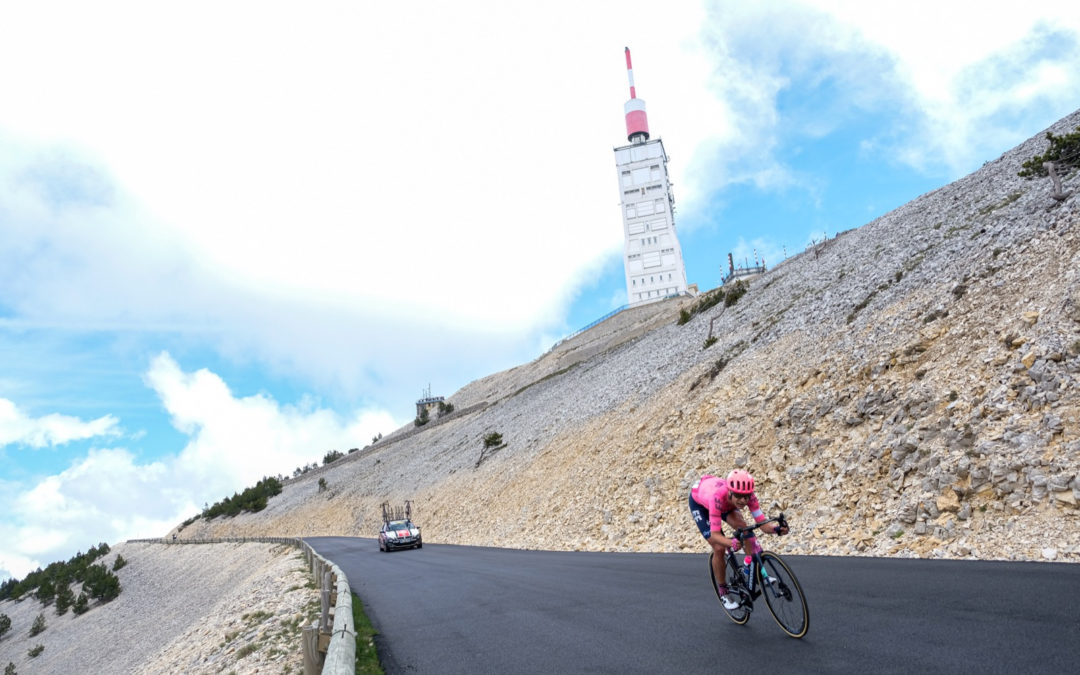 For its third edition, the French event offered a double ascent of Ventoux. The first ascent was done via its “easier” side from the town of Sault before facing the mythical slopes on the side of Bedoin. And just a few days before the start of the Tour de France (which will take a very similar route during the 11th stage on July 7), Miguel Angel Lopez showed he has sparkling form. The Colombian attacked about ten kilometers from the finish, and no one was able to keep his pace. He won at an altitude of 1909 meters with 2’26” ahead of Oscar Rodriguez. “The whole team worked really well today. I’m happy to get a victory on such an important summit. In July, I hope my body will remember this day.”

The Ineos Grenadiers team continues its raid on UCI WorldTour stage races this season. After winning the Tour de Romandie (Geraint Thomas) and the Critérium du Dauphiné (Richie Porte), Richard Carapaz added a stone to the building by winning the difficult Tour de Suisse for the first time in his career. “The race was lively until the end, I did not have a huge lead over Uran. We had to be vigilant. It is a difficult race, magnificent, and I am happy to win the general classification. The form is good a few weeks before the start of the Tour de France,” commented the Ecuadorian, already the winner of the Giro d’Italia in 2019.The results: 1. Richard Carapaz (Ineos Grenadiers); 2. Rigoberto Uran (EF Education – Nippo); 3. Jakob Fuglsang (Astana Premier Tech)

After abandoning the Giro d’Italia, which was his first Grand Tour, Remco Evenepoel has not been slow in his return to competition. At 21, he posted his second victory at the Baloise Belgium Tour and his 16th professional success. “I know where I’m coming from after my very big crash last year at Il Lombardia. And winning the Belgium Tour again is a very special feeling.”

The last stage race before the Tour de France, the Route d’Occitanie found itself a fine winner with Antonio Pedrero. The Spaniard from Team Movistar won the third stage which included the ascent of the Tourmalet. Well supported by his team the next day, he secured the overall victory and at the same time won the first two races of his career at 29 years old.

The races to come