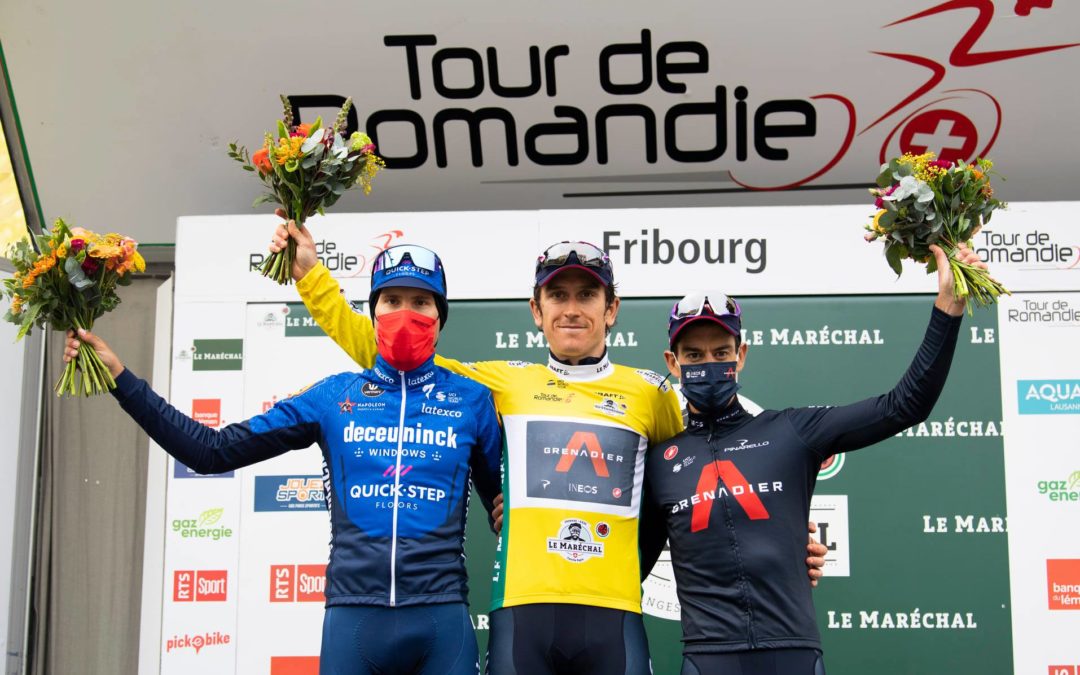 Tour de Romandie: Geraint Thomas in spite of everything

The image was surprising, and the consequences could not have been more striking. A few meters from the finish line of the fourth stage at Thyon 2000, Geraint Thomas tried to sprint, but his hand slipped off his hood and the Welsh rider found himself quickly on the ground. Twenty-four hours later, the INEOS Grenadiers rider took third place of the final time trial in order to win the general classification, nine years after his victory during the prologue of the Tour de Romandie: “This time trial reminded me of the one at Espelette when I won the tour in 2018. I’m really happy to win this event, especially after what happened to me the day before.” On the podium, Thomas was joined by his teammate Richie Porte (winner 2017) and Italian Fausto Masnada.

Vuelta Asturias Julio Alvarez Mendo: Quintana comes good
Having had two knee operations at the end of last season, Nairo Quintana is back. The Colombian, a former winner of the Giro and the Vuelta, won the first stage of the Vuelta Asturias and in the end won the general classification of the Spanish event after three days of racing: “It is always a great joy to win. I knew that little by little things would go better after my knee operations, and the rehabilitation time that would be required.” In the general classification, he finished ahead of Antonio Pedréro and Pierre Latour, the winner of the final stage.

The race in the country of the thousand climbs began with a stage between the capital Kigali et Rwamagana. For this first day, it was the Colombian Brayan Sanchez who took the victory. The event ends on May 9 with a stage around Kigali.