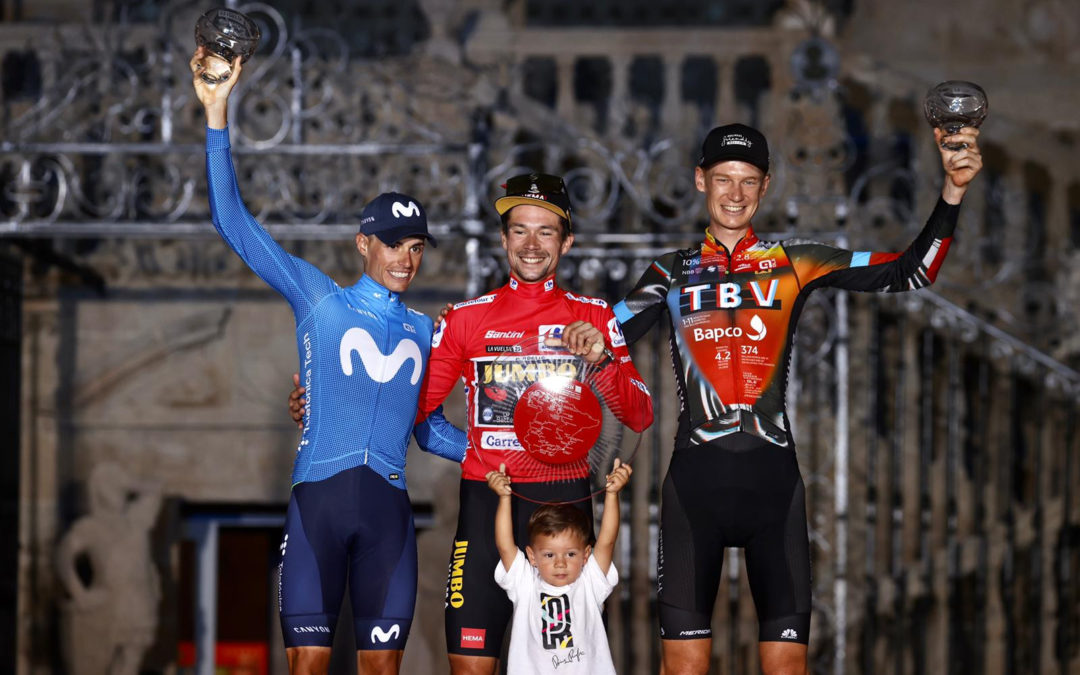 First 2019, then 2020 and now 2021. The Slovenian dominated the Vuelta a Espana for the third consecutive season. A few weeks after having had to abandon the Tour de France, the leader of the Jumbo Visma team has cultivated the art of rebounding, which he obviously mastered well by winning four stages in the process. His success on the 17th stage at the Lagos de Covadonga will certainly go down in history after a 60 kilometer raid. “I am honored to win the Vuelta for the third year in a row,” said Roglic after his success on the boulevards of Santiago de Compostela. He is the first rider since Roberto Heras (2003-2005) to have taken a hat-trick in the Spanish Grand Tour.

After her success at the Trofeo Alfredo Binda and in the Italian Championships (road and time trial), Elisa Longo Borghini demonstrated the full extent of her puncheur qualities by winning for the first time in the GP of Plouay. The Team Trek Segafredo cyclist is the first Italian since Luperini in 2008 to win in Brittany. Behind her, the French Gladys Verhulst took the sprint of the peloton and in the process earned her best performance in the UCI Women WorldTour.

Benelux Tour: Colbrelli, a man for all terrains

Six years after winning the Tour du Limousin, Sonny Colbrelli has a second stage race on his record with the Benelux Tour, a UCI WorldTour event. The fast Italian from Bahrain Victorious notably built his success during the stage in the Ardennes which finished at Houffalize, usually located on the Liège Bastogne-Liège route. Second the next day at Geraardsbergen behind his teammate Mohoric, Colbrelli won a prestigious victory on Belgian soil. The two men from Bahrain Victorious even took the first two places in the general classification.

Tour of the Doubs: Godon takes it

The AG2R CITROËN TEAM had a prolific weekend with three wins in two days. After the successes of Benoît Cosnefroy the day before in the Jura and Clément Champoussin at the Vuelta a Espana, Dorian Godon came through to round off the good weekend for the French team. Already victorious this season at Paris – Camembert and with a stage win in the Tour du Limousin, Godon confirms his status upgrade and at the same time takes an option on the overall general classification of the Coupe de France.

At 38, Annnemiek Van Vleuten is insatiable. The Olympic Time Trial Champion delivered an expert recital in Spain to win the Ceratizit Challenge by la Vuelta. After the victory of the Swiss Marlen Reusser, the Dutchwoman took over the lead the next day. And on the third stage, which finished in Pereiro de Aguia, she won with a lead of … 2’48’’ over Liane Lippert. Enormous! After 86 UCI victories, the first of which dates back to 2010, Van Vleuten is still hungry.