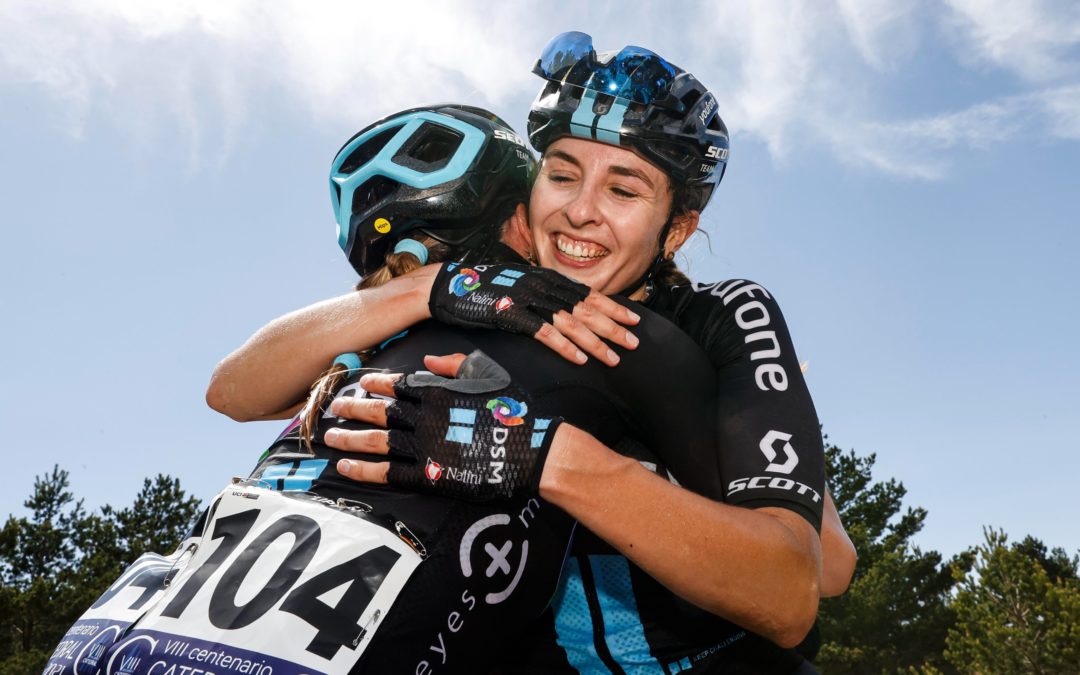 Juliette Labous (Team DSM) won the Vuelta a Burgos Feminas on Sunday after finishing second in the fourth and final stage, the finish of which was at Lagunas de Neila (125 km). Aged 23, she consequently posted the best victory of her career. Twelfth in Liège-Bastogne-Liège in April, she perfectly managed her race to overtake her compatriot Evita Muzic (FDJ Nouvelle-Aquitaine Futuroscope) in the overall standings. “It was a very tough race, my teammates worked very well. The breakaway got away without any of us being represented, but my teammates did what was necessary to bring it back. I followed Demi Vollering and Niamh Fisher-Black (Team SD Worx), and they tried one by one to drop me. I didn’t manage to follow Vollering at the end but I fought for the general classification, I’m very happy. I thank the whole team, we deserve it,” commented Labous.

Juan Pedro Lopez‘s (Trek-Segafredo) pink jersey did not survive the hotly contested 14th stage on Saturday. After ten days of racing the Italian roads with the leader’s jersey on his shoulders, the Spaniard relinquished his property to Colombian Richard Carapaz (Ineos Grenadiers), who took third in the stage won by Simon Yates (Team BikeExchange-Jayco). Biniam Girmay (Intermarché-Wanty-Gobert Matériaux) injured an eye during the post-stage podium presentation on Tuesday after his first stage victory in a Grand Tour and was forced to retire the next day. And Frenchman Arnaud Démare (Groupama-FDJ) already has three stage wins to date.

Danish rider Andreas Stokbro, who was racing in the colors of his national team, won the sprint in the Grand Prix Herning on Saturday. Aged 25, he also won a stage of the Tour du Loir-et-Cher in April. He finished ahead of his compatriot Mads Rahbek (BHS-PL Beton Bornholm) and the 2019 world champion, Mads Pedersen (Denmark).

Dutch sprinter Dylan Groenewegen (Team BikeExchange-Jayco) won his fourth Veenndaal-Veenndaal Classic on Saturday after his successes in 2015, 2016 and 2018. “I am delighted with this result, the team is also happy, everything went as planned. We are on the right track,” said the winner.

Nils Politt (Bora-Hansgrohe) emerged victorious in the three-way battle fought out on Sunday during the Rund um Köln. He had slipped away from the rest of the peloton 50 kilometers from the finish in the company of Danny Van Poppel (Bora-Hansgrohe) and Nikias Arndt (Team DSM). The 28-year-old German, a native of Cologne and winner of a stage at the Tour de France in 2021, made a decisive effort four kilometers from the flamme rouge to win by 13 seconds ahead of Danny Van Poppel for a double podium from Bora-Hansgrohe.

The races to come: