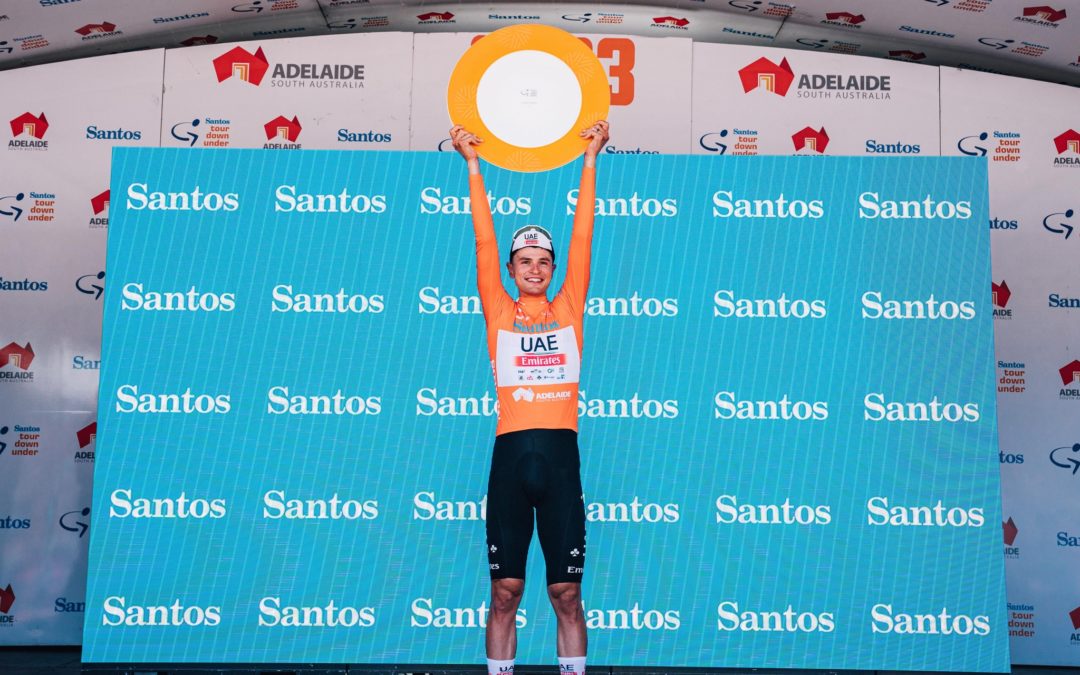 A star at home! Jay Vine wowed the crowds during the Tour Down Under, which he won after a well-rounded week of racing. The Australian from UAE Team Emirates took the lead in the general standings on the third stage, and was able to respond to the onslaught from the British Simon Yates (Team Jayco AlUla) and Australian Ben O’Connor (AG2R Citroën Team) on the final and decisive stage towards Mount Lofty. At 27, Vine has earned himself the greatest success of his career.
“It’s incredible to win here. The way my teammates handled this race was really impressive. It’s not just my success but a victory for the whole team,” he said.
This first World Tour race of the season was also marked by Bryan Coquard‘s stage success. The Cofidis sprinter won for the first time in his career at the highest level by dominating the competition at Willunga Township. “I have been waiting for this victory for ten years, my first on the World Tour,” he confided, obviously moved. “I am very proud and very happy. I won a lot of races, but never on the World Tour.”

Arnaud De Lie (Lotto Dstny) impressed upon his return to racing. The Belgian sprinter won after a difficult final. In the last kilometer on an uphill false flat, the young 20-year-old racer beat his compatriot Jenthe Biermans (Arkéa-Samsic) and the Norwegian Edvald Boasson Hagen (TotalEnergies). “It’s fantastic to start the season with a win,” he said. “But the most important thing is that the team was strong so that I could do my sprint.”