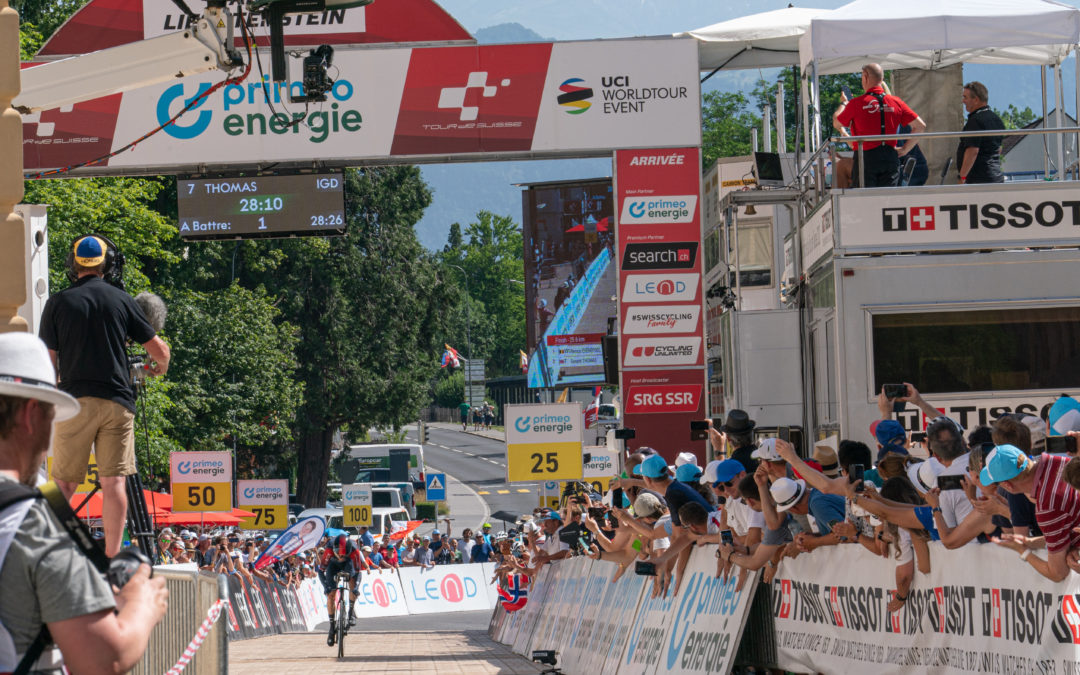 Geraint Thomas (Ineos Grenadiers) won the 85th edition of the Tour de Suisse after finishing second in the time trial on Sunday. In this final stage the leader of the general classification Sergio Higuita (Bora-hansghore) gave up the jersey which he had snagged the stage before. “It’s good to get the victory, I’ve had a complicated time since the Tour de France 2021, it’s been a dark time in my career,” recalled Geraint Thomas. “Coming back this year, I’m trying to enjoy and build something with the team. This victory is great, especially since it was unexpected because I was not the designated leader at the start. To be honest, I’m a bit disappointed not to win the stage. For the Tour, I don’t know at all. Basically, it doesn’t matter, I will be happy to contribute to the success of the team, though I would like to play my card too,” concluded the winner of the Tour de France 2018.

Ruben Guerreiro won the fourth edition of the Mont Ventoux Dénivelé Challenges on Tuesday, an event marked by the double ascent of the Géant de Provence (a first time from Sault, a second time from Bédoin, for 4,500 m of elevation gain in total). The Portuguese of the EF-Education EasyPost team put in a decisive acceleration more than eleven kilometers from the summit, on the harshest slopes of the bald mountain.

Mauro Schmid (Quick-Step Alpha Vinyl) won the Baloise Belgium Tour on Sunday following Fabio Jakobsen‘s victory in the fifth and final stage. Placed on the same time as Tim Wellens (Lotto Soudal) at the start of the stage, the Swiss rider had to win at least as many bonus seconds as his opponent during the golden kilometer, and he managed it after a stormy fight between the two teams: “My team did a perfect job for me. I made a mistake in the first sprint because I let a gap form to Tim Wellens’ Lotto Soudal. I don’t know, I couldn’t really concentrate on that golden kilometer,” commented Schmid.

Canadian Michael Woods (Israel-Premier Tech), winner of the Saturday stage, took the overall of the 46th edition of the Route d’Occitanie-La Dépêche du Midi. On Sunday, he faced the competition and withstood the gusty wind, which caused several echelons. “This is the first stage race that I have won in my career,” commented the 35-year-old rider, winner of two stages in the Vuelta (2018 and 2020). “I’m really happy with this result and very satisfied with the teamwork. I always felt protected. I’m really happy and I can’t wait to be in the Tour de France now!”

The races to come: