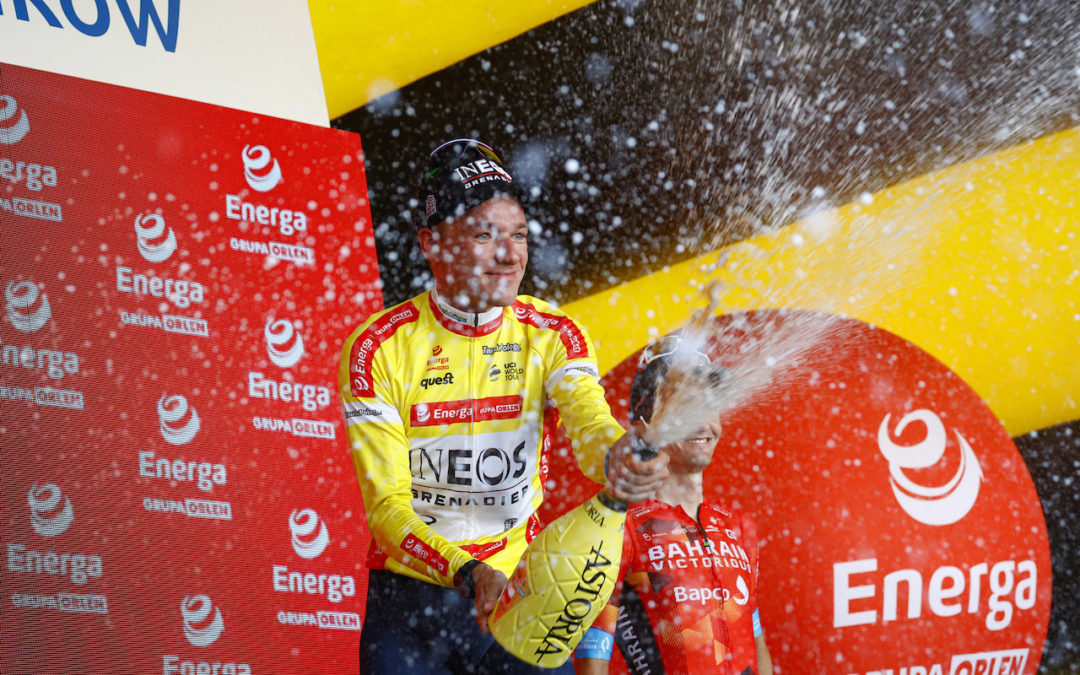 Ethan Hayter (Ineos Grenadiers) won his first victory in a WorldTour stage race on Friday by winning the Tour de Pologne. He had been leading the general classification since the previous day after being the strongest in the time trial. “It’s huge, it’s a great accomplishment and it’s good to have it on my list. I laid the foundation in the time trial and that was enough,” commented Hayter, who has won the Tour of Norway 2021 (2.Pro) on his record. The 23-year-old British rider has certainly made an impression on the leaders of the Ineos Grenadiers team who are about to unveil the selection for the Vuelta a España which will start on August 19. “I hope to compete in my first Grand Tour. It’s going to be pretty exciting,” concluded the London native.

Pavel Sivakov (Ineos Grenadiers) won the 44th edition of the Vuelta a Burgos on Saturday at the end of the 5th stage which led the peloton to the top of the Lagunas de Neila. He took the leader’s jersey at the end of the 3rd stage won by stagiaire Bastien Tronchon (AG2R Citroën Team). At 25, Sivakov is back to winning ways after his successes in the Tour de Pologne and the Tour of the Alps in 2019: “It’s been a long time since I won, so it’s a great satisfaction for me and it gives me a lot of confidence. It was necessary!” commented Sivakov.

At 27, Italian Lorenzo Rota (Intermarché-Wanty-Gobert Matériaux) won the Sazka Tour on Sunday, the first stage race victory of his career. Third in the fourth and final stage, which finished in Sterberk, he kept his leader’s jersey, which he snatched after his victory in the second stage. Rota has already taken second place in a stage during the Giro d’Italia in 2022.
Anthon Charmig (Uno-X Pro Cycling Team) and Kevin Colleoni (Team BikeExchange-Jayco) rounded out the overall podium.