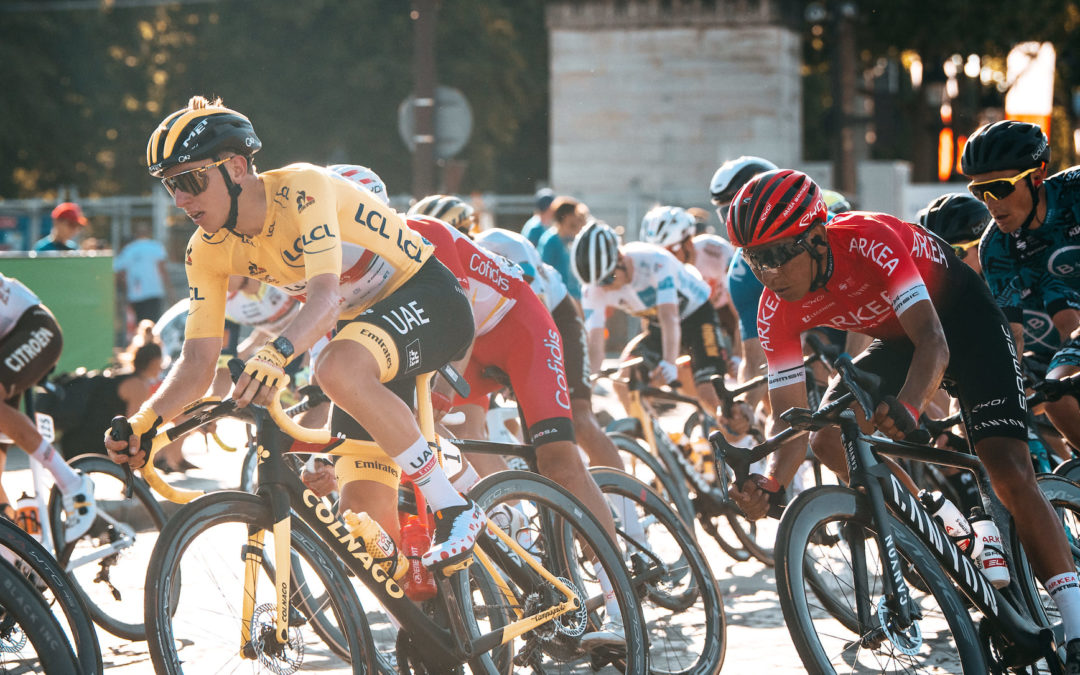 The last week of the Tour de France did not change the destiny of Tadej Pogacar.
At 22, the Slovenian won a second Tour de France… in his second participation. Before him, only
Eddy Merckx, Bernard Hinault and Laurent Fignon had achieved such a feat. Already the winner of the 5th stage time trial between Laval and Changé, Pogacar completed his task by winning at the Col du Portet during the 17th stage and the next day at Luz Ardiden: “I really wanted to win a stage with the yellow jersey on my back.” This success also means that a Slovenian rider has won four of the last six Grand Tours with Primoz Roglic (Vuelta a Espana 2019-2020) and Tadej Pogacar (Tour de France 2020-2021).

This 2021 Tour de France will also be remembered for Mark Cavendish having won four stages, the green jersey in Paris, and equaling Eddy Merckx’s record of 34 stage victories. Pogacar, who also leaves with the white best young rider jersey and the polka dot King of the Mountains jersey, stood on the podium with Dane Jonas Vingegaard (24) and Ecuadorian Richard Carapaz (28).
Carapaz, who won the 2019 Giro and took 2nd at the Vuelta a Espana last year, completes his podium collection in the three-week races.