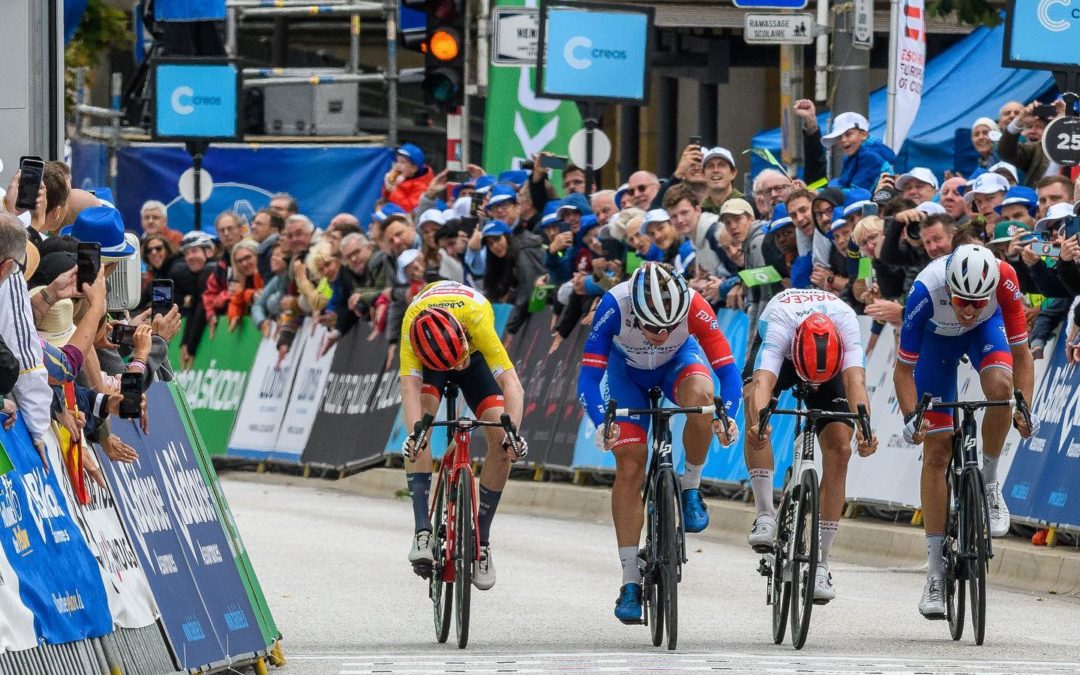 The Skoda-Tour of Luxembourg ended on Saturday as it had started: with a victory for Valentin Madouas (Groupama FDJ). But it was Mattias Skjelmose Jensen who won the race thanks to his success in the previous day’s time trial and a perfect management of his three-second lead in the general classification over Kevin Vauquelin (Team Arkéa-Samsic). Third in the PostNord Danmark Rundt last month, the Dane could be satisfied: “When the last climb is so steep, everything revolves around the legs, and luckily mine were good,” said Mattias Skjelmose Jensen, who will turn 22 on September 26. “I don’t think you can have better preparation for the world championships than this, so yeah, I’m super happy.”

Winner of the 4th and 5th stages, the German Antonia Niedermaier won the Tour cycliste féminin international de l’Ardèche on Monday. Fifth in the last stage to Privas, which was won by Frenchwoman Coralie Demay, the 19-year-old Canyon / SRAM Generation rider perfectly managed her lead over Adegeest (IBCT) and Patino (Movistar Team), second and third, respectively, in the general classification.

Mathieu Van der Poel won the 62nd edition of the Grand Prix de Wallonie on Wednesday. The double champion of the Netherlands 2018 and 2020 had not won since last May, at the Giro (1st stage). During the final sprint, he beat Biniam Girmay (Intermarché-Wanty-Gobert Matériaux) and Gonzalo Serrano (Movistar Team): “I love these finishes. The team worked hard, so I’m happy to take the win. It was really a tough race,” commented the 27-year-old rider. “At the end, after a climb like this, the strongest in the race really wins, and I’m glad it’s me.” This success comes at the right time a few days before the world championships in Wollongong on September 25th.

After his victories in 2013 and 2014, Arnaud Démare won the Grand Prix d’Isbergues-Pas de Calais on Sunday for the third time in his career. For this 76th edition of the northern event, the rider from the Groupama-FDJ team sprinted ahead of Marc Sarreau (AG2R Citroën Team) and Edward Theuns (Trek-Segafredo). The native of Beauvais (31) finished second the day before the Primus Classic in Belgium behind Jordi Meeus (Bora-hansgrohe).

Caleb Ewan (Lotto-Soudal), who was one of the serious contenders for victory, withdrew before the start due to illness.