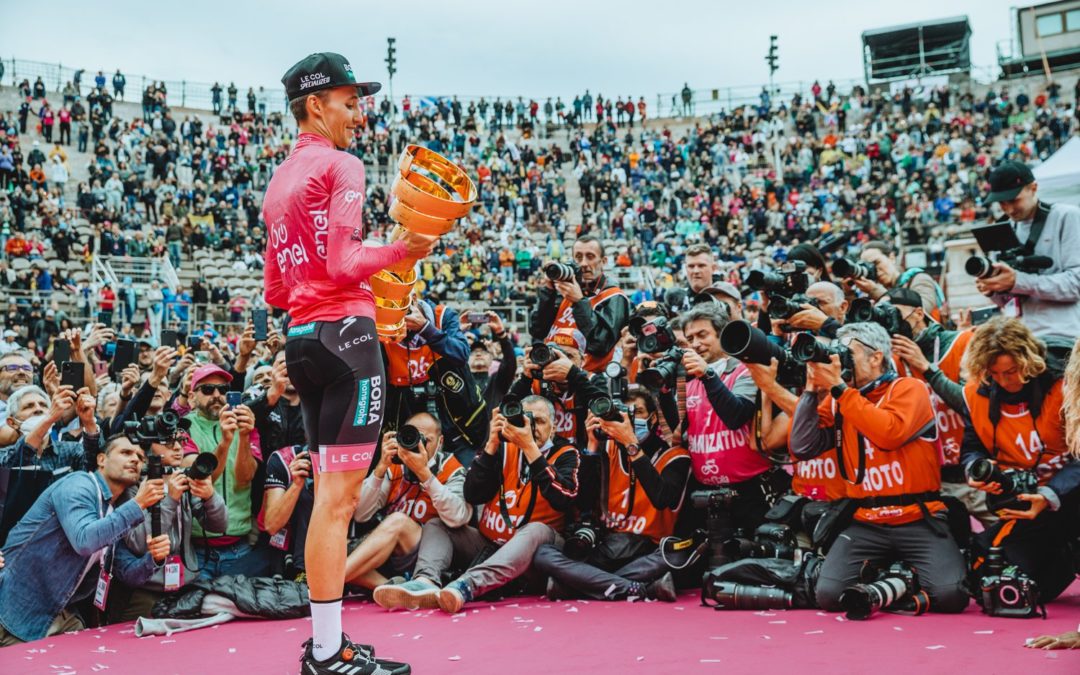 Australian Jai Hindley (Bora-hansgrohe) showed patience to win the Giro on Sunday. It was only the day before that he dispossessed Richard Carapaz (Ineos Grenadiers) of the pink jersey, after a masterstroke in the ascent of Fedaia. On Sunday, with a lead of 1’25” over the Ecuadorian, he managed his efforts perfectly in the final time trial won by Matteo Sobrero (BikeExchange), currently the Italian time trial champion. At 26, Hindley, who had not been able to wear the leader’s jersey for more than a day in the 2020 Giro, has now posted the most beautiful victory of his career: “It’s an incredible feeling, such a great emotion today (Sunday) at this time trial,” he explained on arrival in Verona. “I remembered the one in 2020, it had been very hard to live with but I felt good this time. I didn’t think of my competitors, I first tried to keep my pace, and to keep this gap until the finish where I gave everything. I’m proud to be the first Australian to win the Giro.”

Tour of Norway: Evenepoel is back

Winner of three of the six stages, Remco Evenepoel (Quick-Step Alpha Vinyl Team) was also the logical winner of the Tour of Norway on Sunday. Jay Vine (Alpecin-Fenix) and Luke Plapp (Ineos Grenadiers), who were hot on his heels in the general classification, were unable to challenge him for victory on Sunday: “Overall, it’s a very good week for the team,” commented the 22-year-old Belgian. “It was my first race after Liège-Bastogne-Liège (he won on April 24), so I didn’t really know how I was going to start out feeling, but I’m back at a high level. It’s encouraging for the future, as I head towards the second part of my season and towards my goal which is the Vuelta a España”.

The Italian from the Intermarché-Wanty-Gobert Matériaux team Andrea Pasqualon beat Axel Zingle (Cofidis) by a whisker to win the Circuit de Wallonie on Thursday. The Frenchman thought he had the victory when he launched his attack in the last kilometer but was joined by Pasqualon a few meters from the finish line. At 34, the man who took 8th place in the Omloop Het Nieuwsblad at the end of February has shown that he still has his best legs.