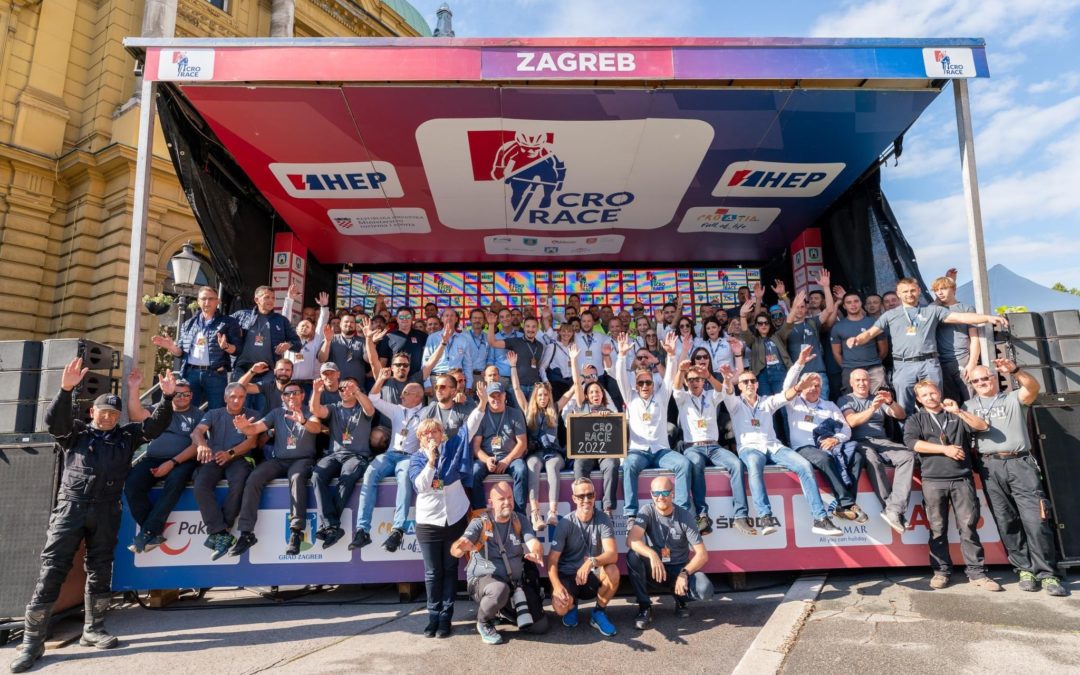 We thought that by winning the queen stage of the Cro Race the day before, the Dane Jonas Vingegaard (Jumbo-Visma) had done the hardest part. But that was without counting on the part bonus seconds could still place, which at the end of the last stage on Sunday, secured the final victory for Matej Mohoric (Bahrain-Victorious). The Slovenian won the overall with a one-second lead in the general classification over the winner of the most recent Tour de France. His second place on the stage behind Viviani (Ineos-Grenadiers) assured him victory by the narrowest of time gaps. Winner of Milan-San Remo this year, Mohoric had chosen to skip the Worlds to refine his form and make a success of his end of the season: “At the start, I was eight seconds behind, on paper it seemed almost impossible to win. But we tried, we gave everything for the first intermediate sprint and I had to be second in the stage. The team did all the work, I just stayed on the wheels, stayed with Jonathan Milan in the final, and then I just had to follow Elia Viviani. I managed to finish second, even though I’m not a sprinter. I am very proud of this victory.”

Enric Mas (Movistar Team) won on Saturday at the top of San Luca and won the Giro dell’Emilia. Second in the last two editions of the Vuelta a España, the 27-year-old Spaniard made a decisive attack from the foot of the last climb to win easily alone ahead of Tajed Pogacar (UAE Team Emirates), second at 11 seconds: “The whole world knows who is Tadej Pogacar, so for me it is a great satisfaction to be able to win from an attack in which he was also present. It was a complicated year, because at the start of the season I had a lot of crashes and I lost confidence little by little.”

On the women’s side, Italian Elisa Longo Borghini (Trek-Segafredo), 30, won the event for the third time in her career after her successes in 2015 and 2016.

Bryan Coquard (Cofidis) returned to victory on Sunday at the Tour de Vendée, to take the last round of the Coupe de France. The 30-year-old native of Saint-Nazaire was the strongest against Arnaud Démare (Groupama-FDJ) and Luca Mozzato (B&B Hotels-KTM), respectively second and third: “I am really super happy! My teammates did a great job and in the end, I knew I had to be on the wheel of Arnaud (Démare) in order to have the best possible chance of winning. I saw that he was reluctant to launch with 250 meters and I told myself that I had to go. I wanted to show that the legs were good and the head too.”