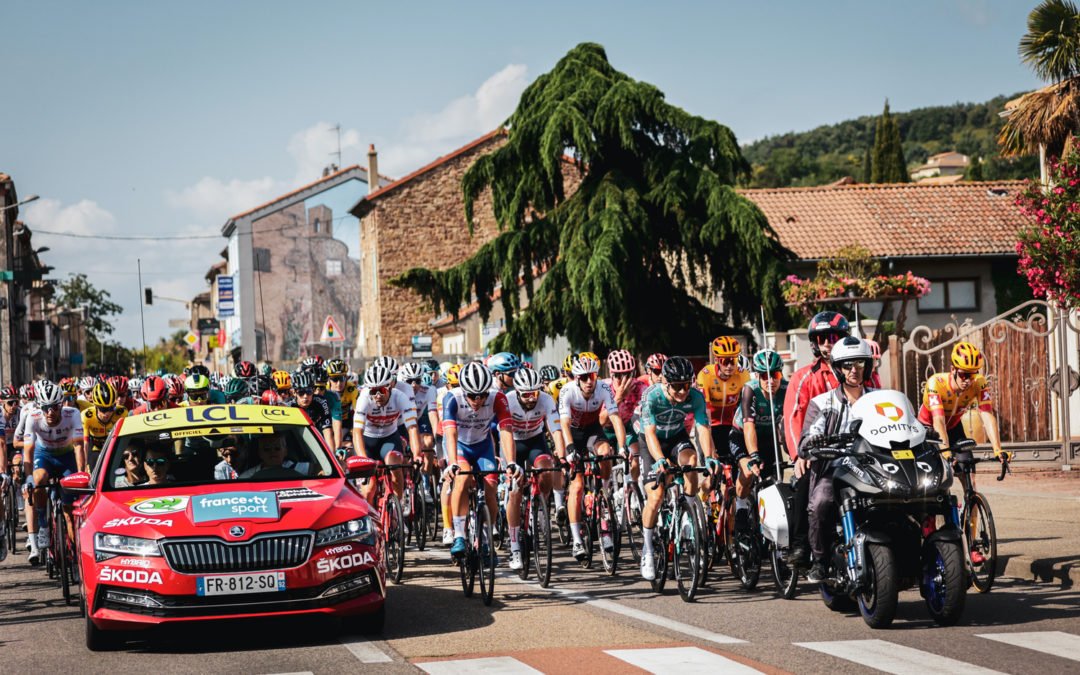 Wout Van Aert (Jumbo-Visma) won the first stage of the Critérium du Dauphiné on Sunday. The Belgian champion sprinted ahead of Ethan Hayter (Ineos Grenadiers) and took advantage of his hard work in recent weeks in training to take a victory. This win puts his team, which has ambitions for this race, in an ideal position: “It was quite difficult to get ahead of someone like Ethan Hayter. I am very happy with this victory. I felt good on the climbs, partly thanks to the great work of the team. I hope I can keep the leader’s jersey for a few more days and then hand it over to Primoz Roglic. The next stages suit me well, so we’ll see how far I can go.”

Winner of the second stage on Saturday, the Belgian Lennert Van Eetvelt managed the last day of racing well on Sunday to win the U23 Course de la Paix. Second in Flèche Ardennaise and the U23 Liège Bastogne Liège this year, Lennert Van Eetvelt, 20, confirms the ambitions that Lotto Soudal Team has in him for next season.

Samuel Watson won the final stage during which the sprinters were able to settle their last score.

Louis Meintjes won solo on Thursday in Genoa on the Giro dell’Appennino. The South African climber from the Intermarché-Wanty-Gobert Matériaux team had not had a victory for seven years since he took a stage and the overall at the Settimana Internazionale Coppi e Bartali. Everything seems to be working for the Belgian team, which has been accumulating victories for the past several weeks.

Taco van der Hoorn (Intermarché-Wanty-Gobert Matériaux) won the 102nd edition of the Brussels Cycling Classic on Sunday. He took the victory just meters ahead of Thimo Willems (Minerva Cycling) who had started the sprint from a far way out. Too far, no doubt. This is the first victory this season for the man who was born 28 years ago in Rotterdam and who won a stage of the Giro in 2021. Tobias Bayer (Alpecin-Fenix) completed the podium.