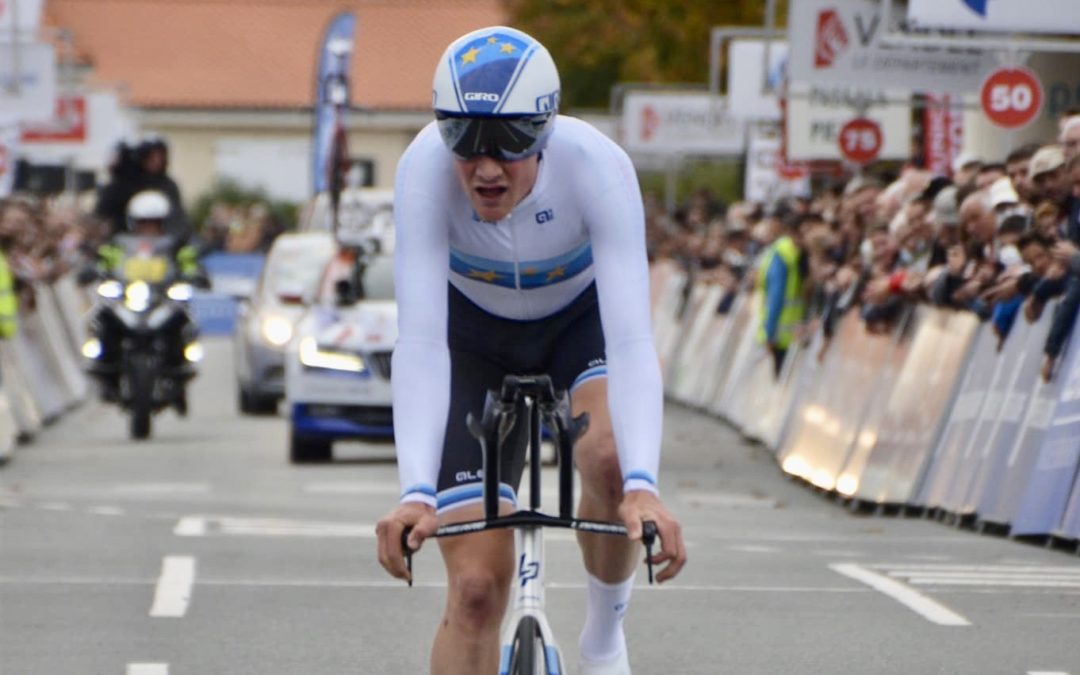 Double European champion in the individual time trial, the Swiss Stefan Küng concluded the season perfectly by winning the Chrono des Nations. The Groupama FDJ rider completed the 44.5 kilometers around Les Herbiers at a speed of 51.561 km / hour. Another great performance was given by the experienced Dane, Martin Toft Madsen (36) who finished 36 seconds behind the Swiss rider. The French event secured a top-notch podium with third place for Alessandro De Marchi, who also wore the pink jersey in the Giro d’Italia this year.

In the women’s event, Marlen Reusser of Switzerland, the silver medalist in the ITT at the World Championships, edged out Olympic road race champion, Austria’s Anna Kiesenhofer by 52 seconds. In nearly the same time as Kiesenhofer, Germany’s Mieke Kröger completed the podium.

Two years after Benoît Cosnefroy’s victory, the Grand Prix du Morbihan has had a makeover. The Cadoudal climb, which generally caused a big selection among the riders, is no longer on the program. Instead the peloton moved a few kilometers away to Grand-Champ, a town which notably hosted the French Championships last year. And this new version of the Grand Prix du Morbihan smiled on the young Belgian Arne Marit (Sport Vlaanderen – Baloise) who finished ahead of two renowned sprinters, Bryan Coquard and Elia Viviani.