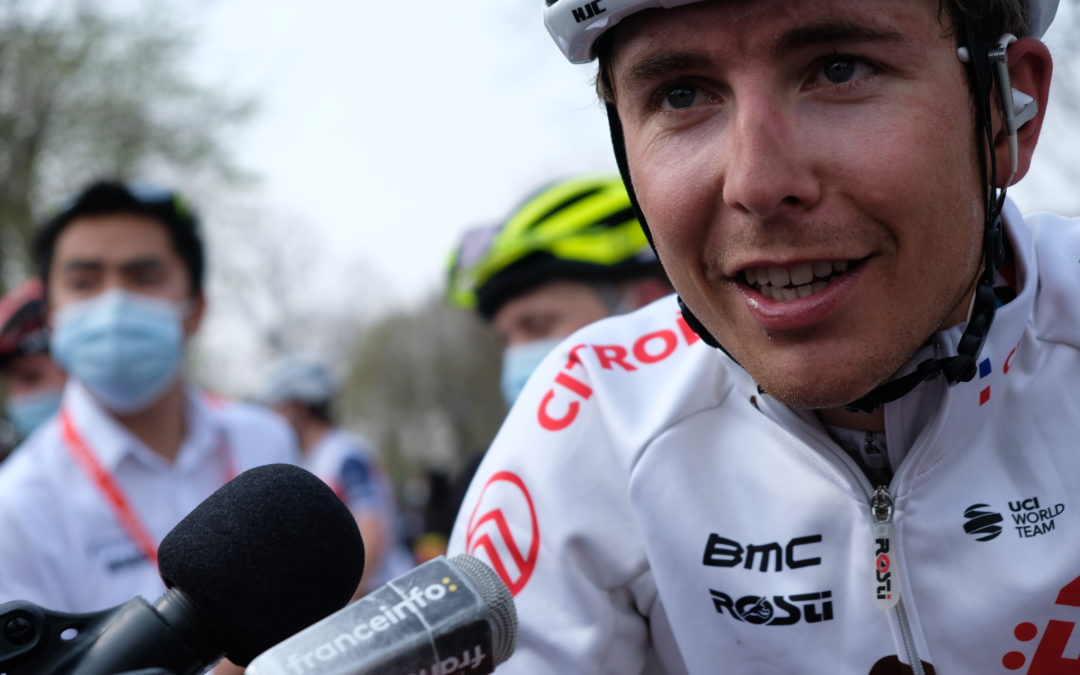 “To win in front of Julian, with his World Champion jersey: I will frame the photo.” After his first UCI WorldTour victory, Benoît Cosnefroy still couldn’t believe it. The AG2R CITROËN TEAM rider achieved his greatest success by winning the Bretagne Classic, a first for him at the UCI WorldTour level. Isolated at the front of the race with Julian Alaphilippe and his teammate Mikkel Honoré, the former U23 World Champion (2017) maneuvered perfectly to raise his arms in victory after a very long straight to the finish line at Plouay. A first that should appeal to others.”

When it comes to taking stock of the Vuelta, the finish of the tenth stage in Rincon de la Victoria will perhaps resonate in a particularly special way. This is where the Vuelta tipped over for the first time. Three days after his first success, 24-year-old Australian Michael Storer (Team DSM) showed that he has a bright future ahead of him. At the same time, Norwegian Odd Christian Eiking took the red leader’s jersey with a 58’ lead over Guillaume Martin and… 2’17’ ’over Primoz Roglic! After five days with the leader’s jersey on his back and ahead of the second day of rest, the Norwegian is still in charge. Perhaps his lead is just 1.36 over Roglic, but he can still allow himself to daydream for a few more days.

Already winner of the Tro Bro Léon this season, the Briton Connor Swift added the Tour du Poitou-Charentes Nouvelle Aquitaine to his list, his first overall victory at a stage race. The rider from Arkea Samsic was able to avoid the pitfalls of the first three stages before taking 9th place in the time trial won by Ben Hermans, in a time that was sufficient to allow him to don the leader’s jersey of the event. And the final day, marked by the victory of Frenchman Clément Carisey, did not change the situation. At 25, the former champion of Great Britain (2018) proves that he knows how to win on the international stage.

When talking about the Simac Ladies Tour, how can we not mention the incredible Marianne Vos? The Dutchwoman may not have won the general classification, but at 34 she has added three more victories (the prologue and two stages) to her track record and now has 238 UCI career victories. Incredible. In the general standings, Chantal Van den Broek-Blaak of the Netherlands won the overall, five years after her first victory. The former world champion (2017) took control on the evening of the penultimate stage and handled the final day perfectly around Arnhem. Already a winner at Strade Bianche and Dwars door het Hageland at the start of the season, Van den Broek-Blaak will be one of the women to watch in the weeks to come.

Remco Evenepoel had a prolific August with five victories. After taking the overall victory at the Tour of Denmark (including two stages), and then the Druivenkoers – Overijse, the 21-year-old Belgian prodigy has added the Brussels Cycling Classic to his scorecard. The Deceuninck Quick Step rider posted a performance that showed he knows the secret to winning his 21st race after three years in the professional peloton. He will certainly be one of the riders to watch for the latter part of the season.

Deutschland Tour: Politt a prophet in his country

Winner of the 12th stage of the Tour de France this summer, the German Nils Politt added an impressive entry to his palmarès by winning his national tour. Having taken the third stage, the reliable rider from Bora Hansgrohe managed to stay 4’ ahead of his team-mate and compatriot Pascal Ackermann. A professional since 2015, Politt had only one success before this season (the 4th stage of the Tour of Germany). The 2021 season will be a highlight of his career.