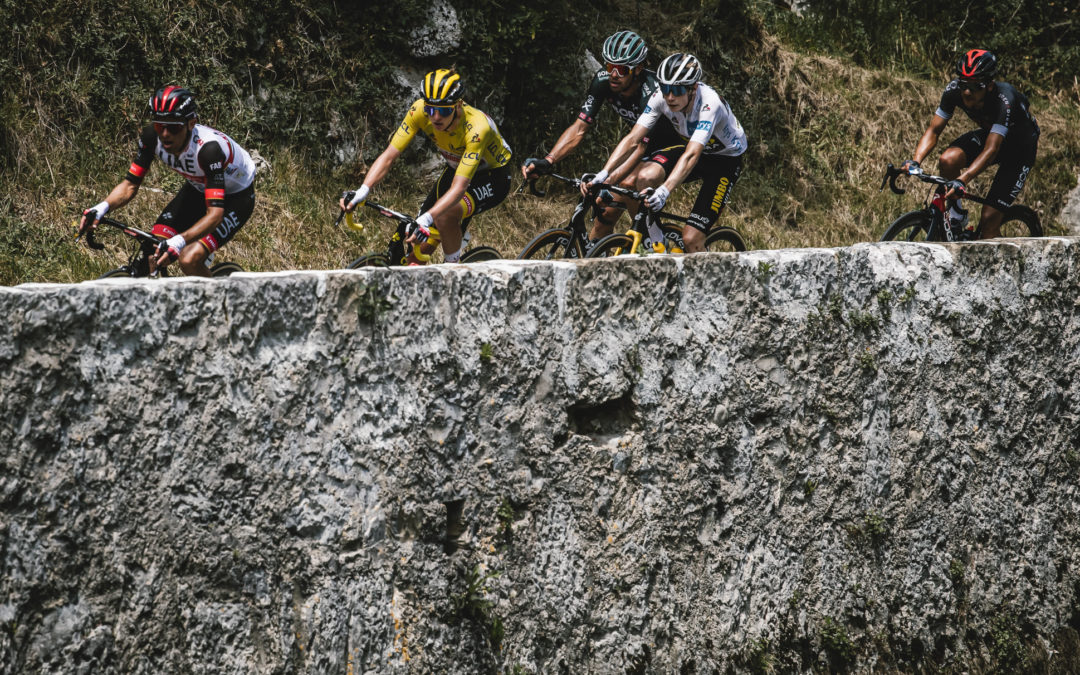 Winner of the 5th stage of the Tour de France between Changé and Laval, Tadej Pogacar is still leader of the Tour going into the second rest day. The Alps, then the double ascent of Ventoux marked by the victory of Wout Van Aert, did not change the appearance of the race. And even though Sepp Kuss ended a decade without a win for the Americans at the Tour by winning in Andorra la Vieille, the Slovenian from UAE Team Emirates is still 5’18” ahead of Rigoberto Uran. But before claiming a second consecutive victory at la Grande Boucle, Pogacar will face a tricky final week ahead with the Pyrenees and a time trial the day before the finish in Paris.

Anna Van Der Breggen was never out of the pink jersey of the Giro d’Italia Internazionale Femminile since winning on stage 2! The Dutch cyclist, also the winner of the 4th stage, rode a perfect race to win the general classification for the fourth time after having already won it in 2015, 2017 and 2020. But above all, this edition of the women’s Giro was marked by the stranglehold of the riders from the SD Worx team. Indeed, the South African Ashleigh Moolman (winner of the 9th stage) took second, just ahead of her teammate, the Dutch rider
Demi Vollering. But when we look again at the Italian event, how can we not highlight the incredible career of Marianne Vos? The 34-year-old Dutch rider won two stages at this Giro. Since 2007, Vos, who is the leader of Team Jumbo Visma, has raised her arms in victory 30 times in Italy at the Giro! Unbelievable. In the middle of the Tour de France, Mark Cavendish paid tribute to her: “She has been my inspiration for a very long time. “